Black Rose Wars: Rebirth is a competitive fantasy game of deck-building, strategy, and combat, for 1 up to 4 players, set in the hectic universe of Nova Aetas in Italy.

Fight the other Mages and become the new Great Magister of the Black Rose Lodge!

Each player is one of powerful mages of the Black Rose Order who aspires to become the new Great Magister in order to acquire the mighty power of the Black Rose Artifact and the Forgotten Magic. Mages must fight, fulfill Black Rose desires, and gain strength with their spells until their power reaches the containment threshold of the prison where they are exiled, finally freeing themselves. Each mage has at their disposal six schools of magic, each one with its own strategy to annihilate their opponents and increase their power.

Mages fight each other in a modular arena of hexagonal Room tiles. They summon powerful creatures, cast destructive spells, or devise dark deceptions with their enchantments.

Will you be ready to fight and become the new Great Magister?

“Lucifer was expelled from the Lodge, but only at a terrible price.

After millennia, the Order of the Black Rose now seems dead.

In place of the huge, once majestic mansion, a pile of rubble now lies helpless.

Time itself seems accelerated in this forgotten place with the surrounding forest quickly encroaching to reclaim what had once been the focal point of the world’s greatest Mages.

Strangling ivy, blanketing moss, and upthrust trees have crept into what remains of the massive rooms, as if in protection of what once was.

Yet after a generation of inactivity,, something moved from within the rubble of the ancient edifice, an imperceptible movement, a call echoing from the darkness…

All beings capable of perceiving magic in a world of mortals have heard this call for help and many Perceivers – those who can intercept the Voices – have already responded.

The Lodge is calling out for you, the Voices in this new Order; the Lodge demands Rebirth.” 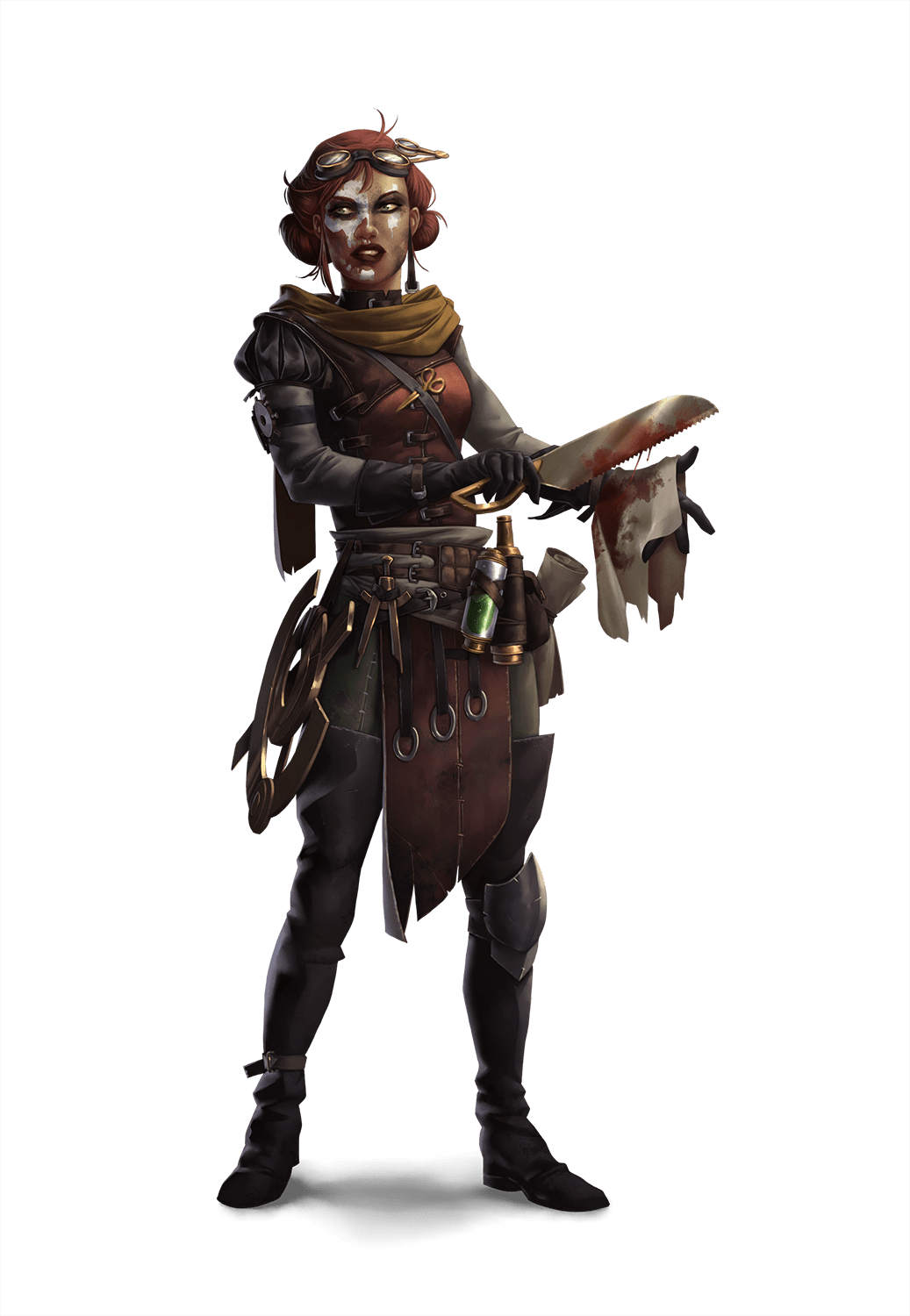 Arianna screamed desperately until she lost her breath, coughing to tears… then she opened her eyes wide and realized that she was still in her bed, alone, drenched in sweat and short of breath.

For a few moments, she did nothing, waiting in silence.

When she got up, she was still rather dazed, so she dipped her hands into a tub filled with ice-cold water and bathed her tear-streaked face.

Then she turned and, as in every sleepless night, she walked towards her laboratory... 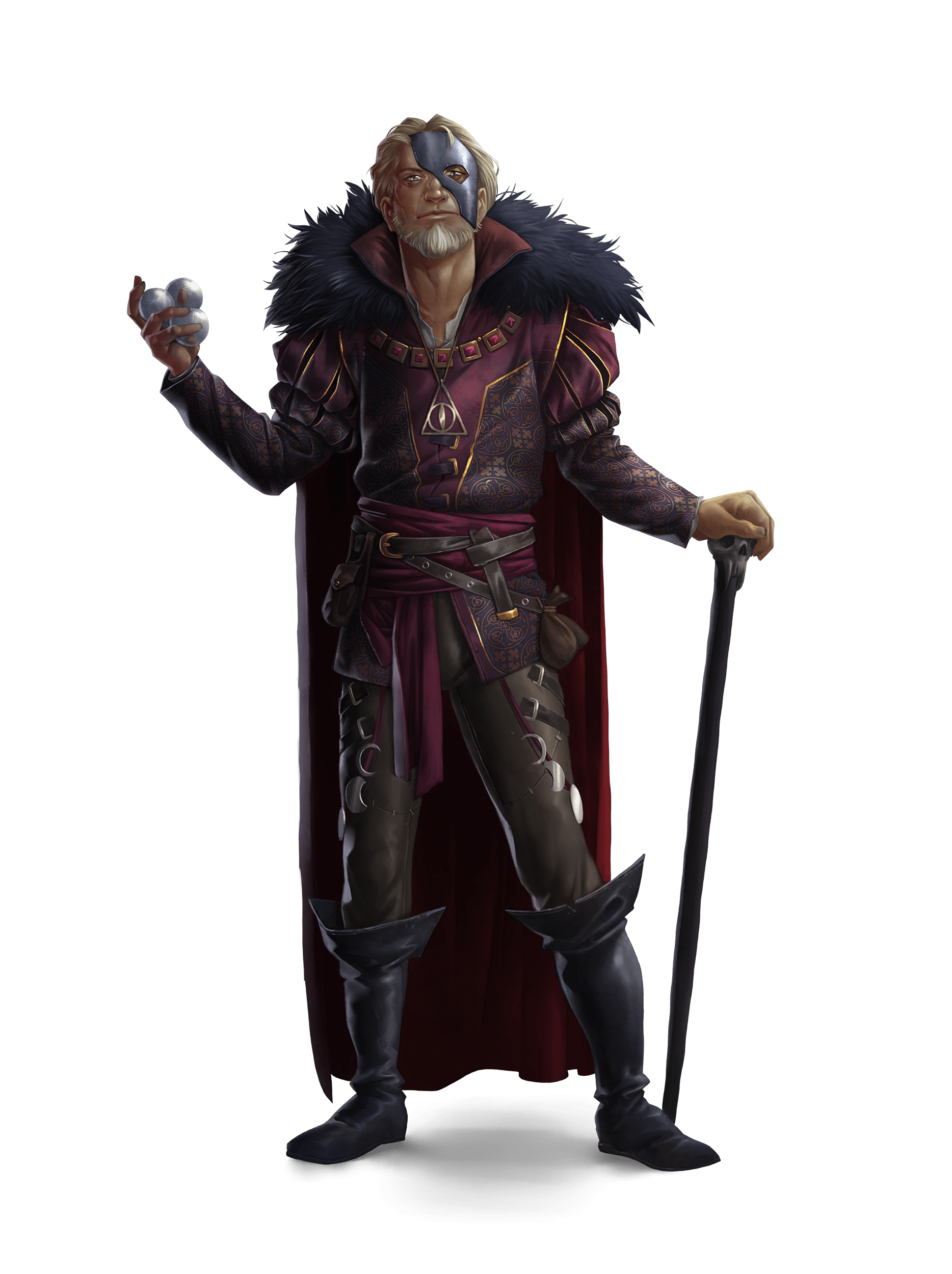 “You really are an exceptional dancer…”

...offered Miss Airoldi, slipping into the arms of her escort. “And you move with the gracefulness of a rose petal lifted by the wind, my dear Clorinda,” answered the man, holding her again after a short pirouette. “Anyway, I have to tell you that you haven’t been fair to me,” the woman continued, staring with a mischievous gaze at the half-covered face, a short breath away from her. “I have willingly revealed my name, although of you, I only know of your great talent for dance.” 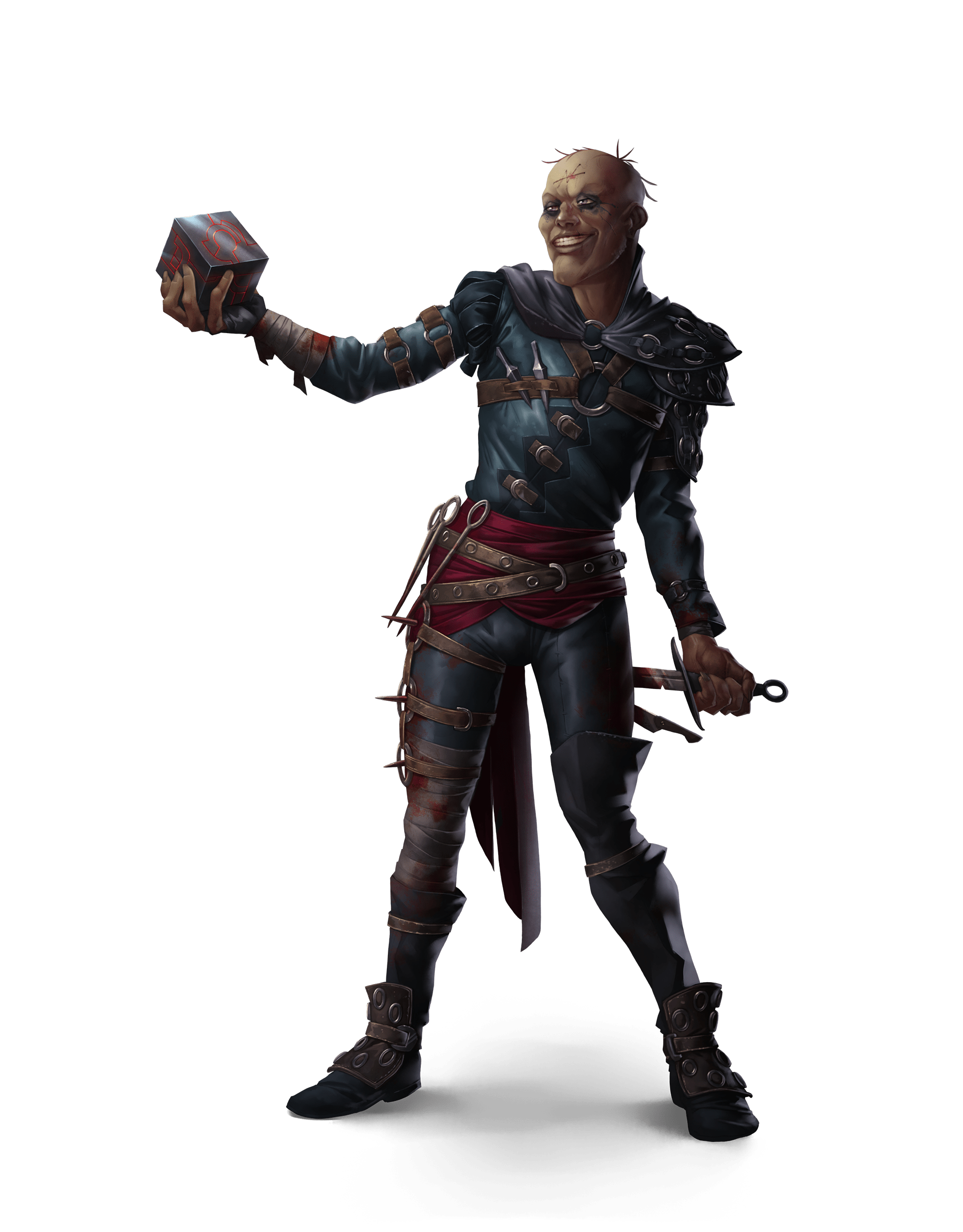 Dankwart Von Alten found himself begging like a scared child behind his hysterical sobbing, spitting out clots of blood when he could. “I’ll give you everything you want! Gold, diamonds, gems, but I beg you,
let me go!”
He was sitting on a wobbly chair still wearing his dressing gown, his hands had been tied behind his back with a thick, abrasive rope. Two red streams continued to ooze from his nose down into his mouth.

But the real concern that was afflicting the richest merchant in the town of Essen at that moment, was a nearly bald man with a wiry body who, standing in front of him… 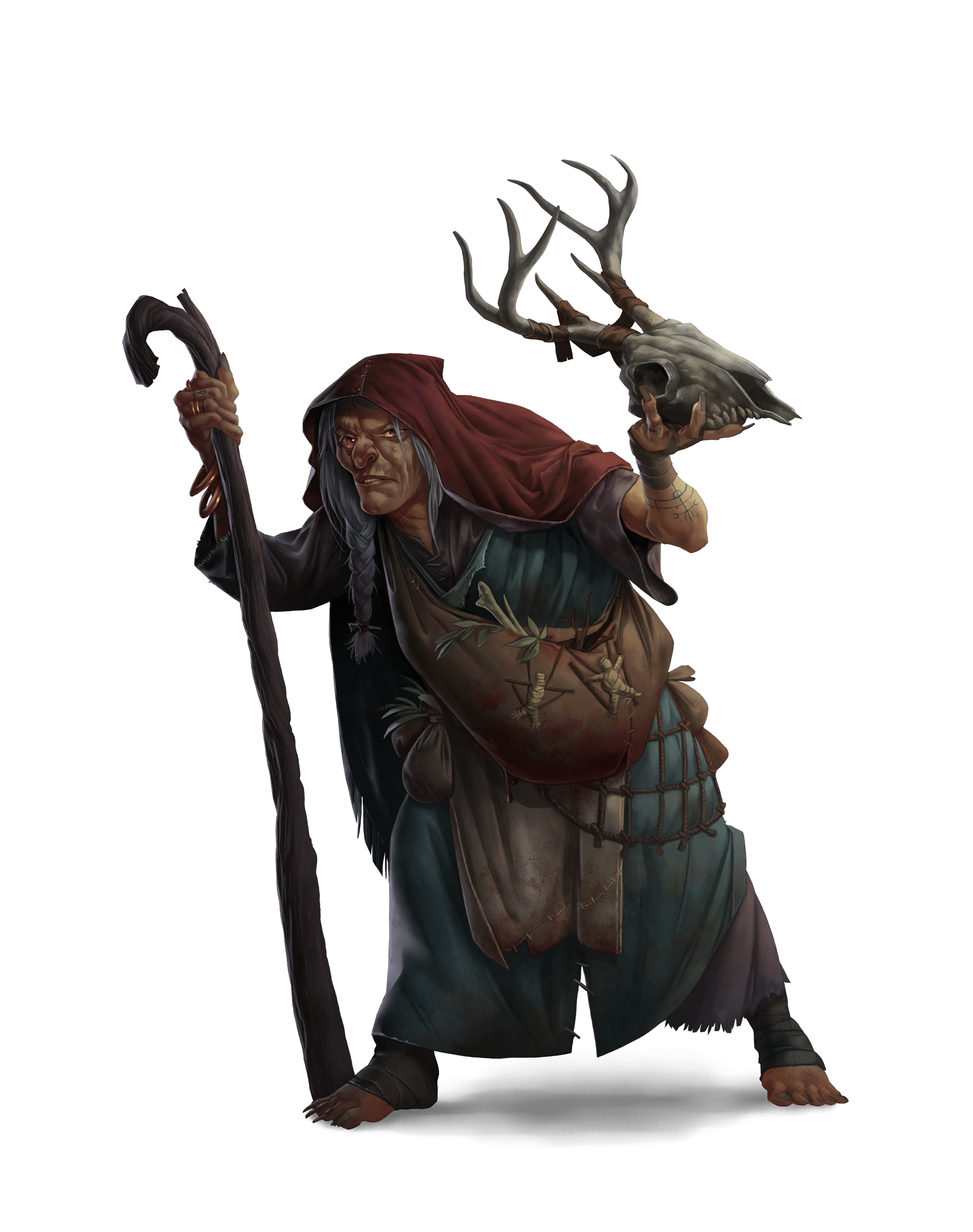 “The foul concoction vigorously bubbling… inside the old iron pot…”

“…inside the old iron pot – having the unfortunate color of milky mud stained with drops of fresh blood – threw off an acrid smell of rotten eggs that filled the small, dilapidated house made of moldy wood and straw. The elderly woman, sitting at the table centered in the cluttered room, finished shredding a batch of musky-flavored spices while she hummed an off-tune memory through rotting teeth. Satisfied with her work, she threw the mixture into the large cauldron, mixing everything with a large copper ladle that had seen twice as many days as had the hunched, ancient woman.”

“Yes, we’re almost there,” she whispered satisfied with a croaking voice…” 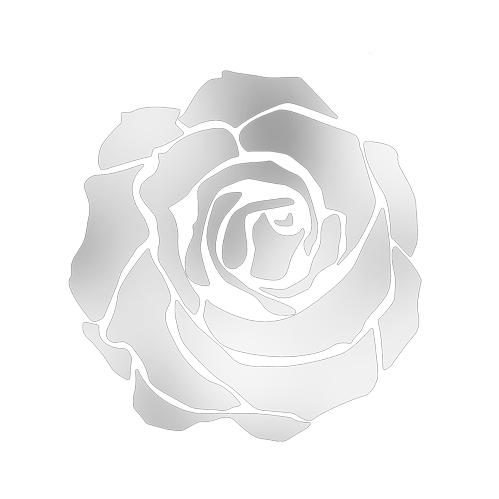 …then I will be reborn…