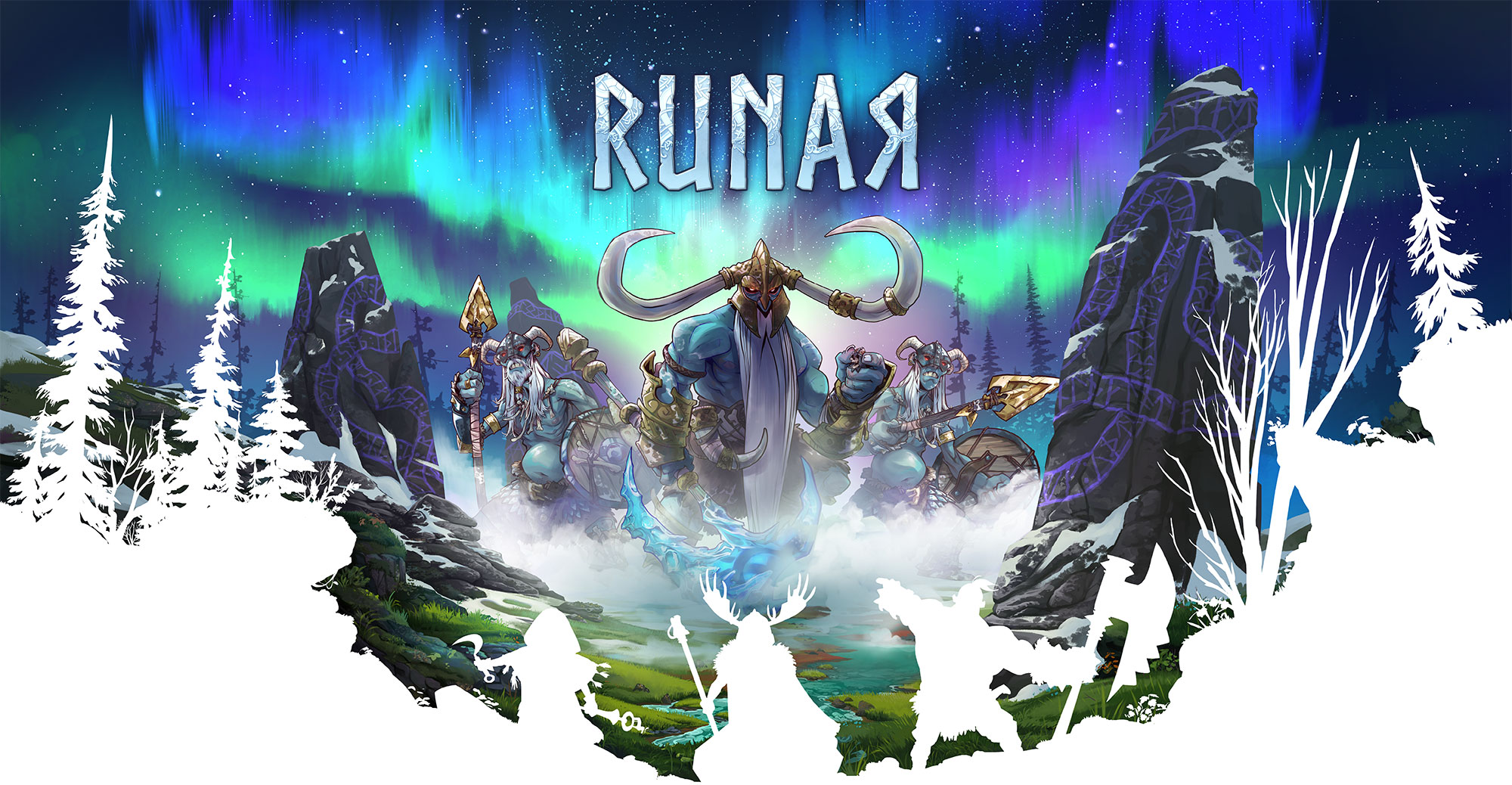 An elderly man of indeterminate age appears to be wandering aimlessly through the northern lands.
His hunt for the stones he himself has christened Runic Gems seems to to have no end in sight.
It is clear from his stories that these stones have a connection to Asgard and serve as a link between the nine worlds bound together by Yggdrasill.
He travels through Denmark, Norway, Sweden, and England, whispering stories of treasures forged by the Dvergar themselves into the ears of Jarls, Counts, and Regents, and telling of a legendary Runic Gem, greater than all others and imbued with the power of the Aesir, the Runar, hidden on a mysterious northern island.

Alfarinn entertained the Jarl and all the longhouse guests with one of his tales,”Up in the gray sky they saw Odin’s Dreki together with the other gods. They were coming to save the beloved Mannheimr from the cruel invasion of the Jotunn. The gods leapt from the sacred ship gliding on their shields, shrouded in sparks of fire. I have spent my entire life searching for the place they landed and where the battle took place, the location of the Runar, and I am finally sure I have found it!”

The sound of blowing horns interrupts old Alfarinn’s tale. From the port of Roskilde the Drekars of each clan sail out to sea, with their most valiant and skilled heroes aboard. The hunt for the mysterious Runic Gems has just begun! 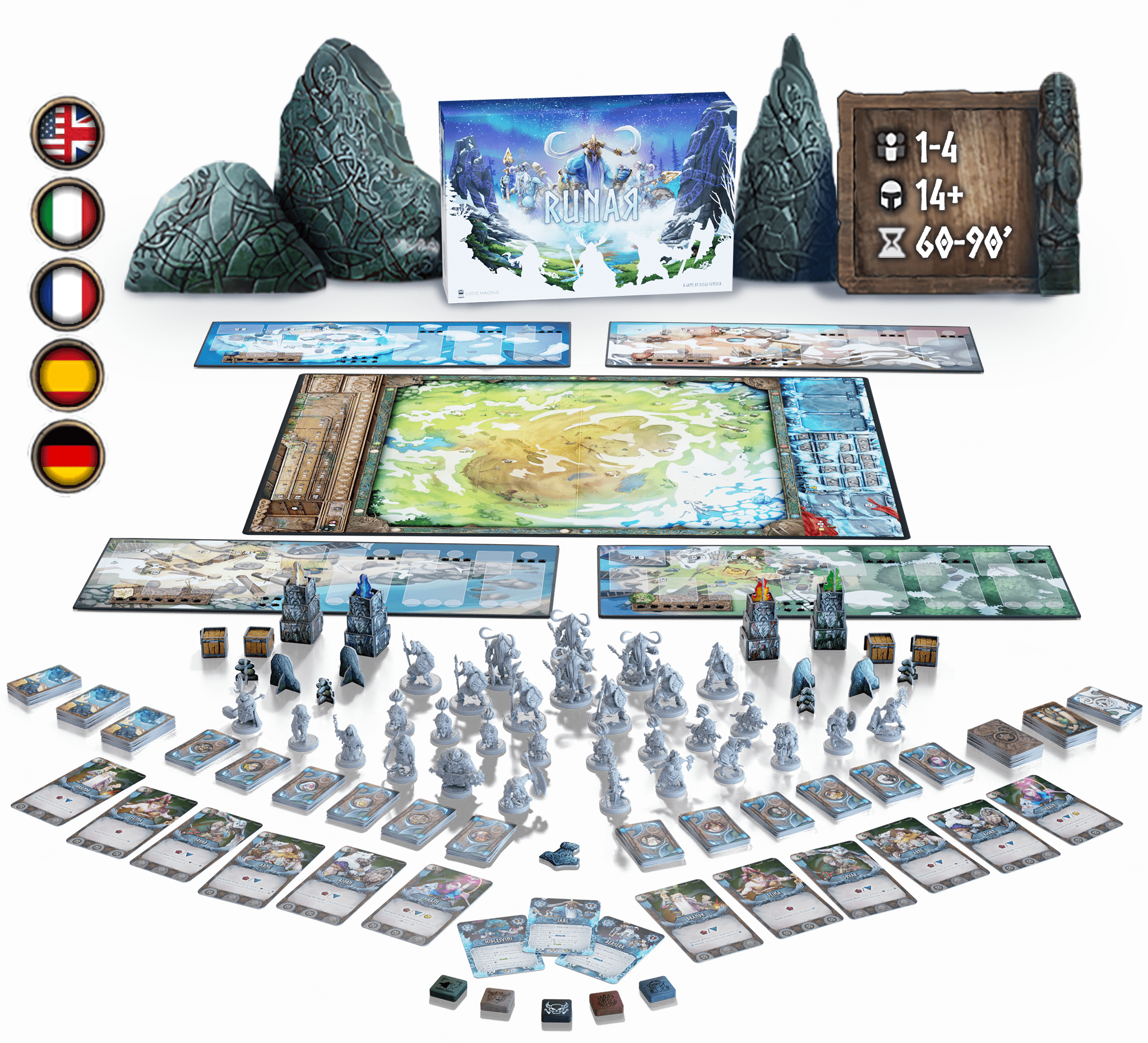 Runar is a competitive board game for 1-4 players with stunning comic-style miniatures. You manage a group of three Viking heroes through frozen and harsh lands, where savage and lethal creatures will try to harm them.
You will choose the heroes and form your party. You will score points by defeating powerful Enemies, recovering precious Runic Gems, achieving different objectives, and defeating opponent heroes.

A campaign mode and a system to generate new missions will add great depth and longevity: you will never play the same game twice! 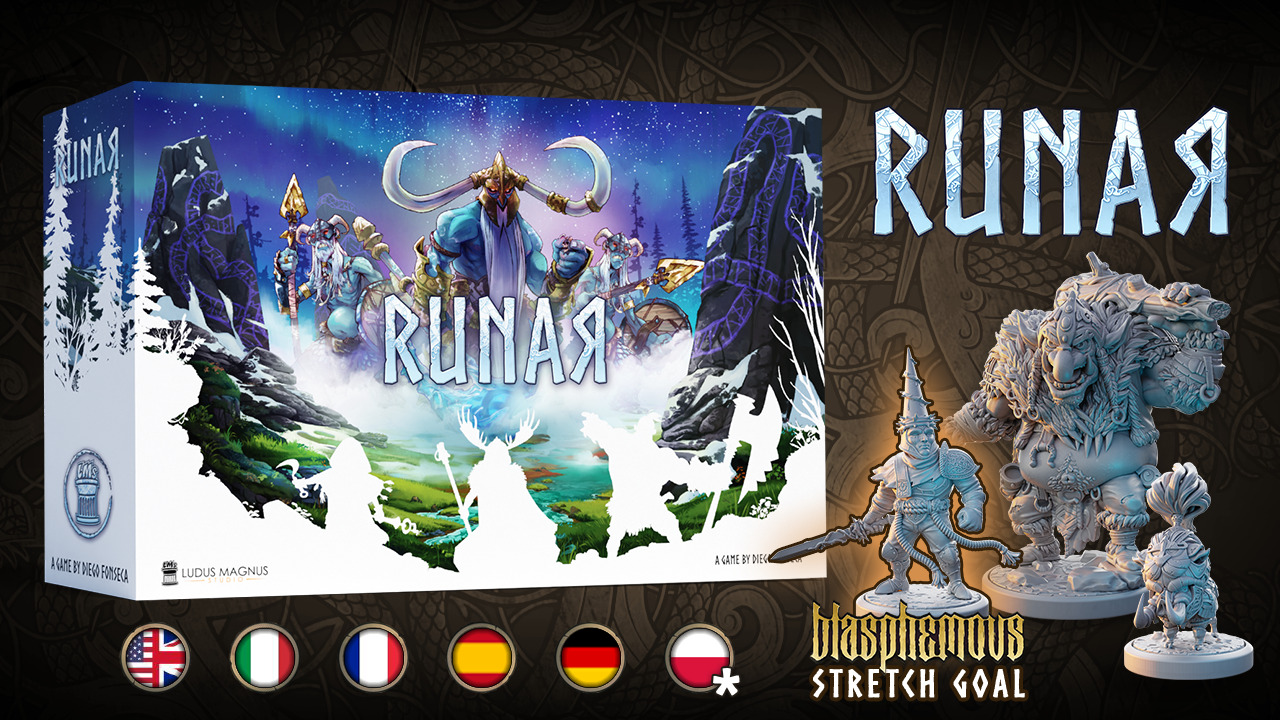 Add your email to connect with the other Viking Heroes in the search for Runar and to be informed about the Kickstarter launch! 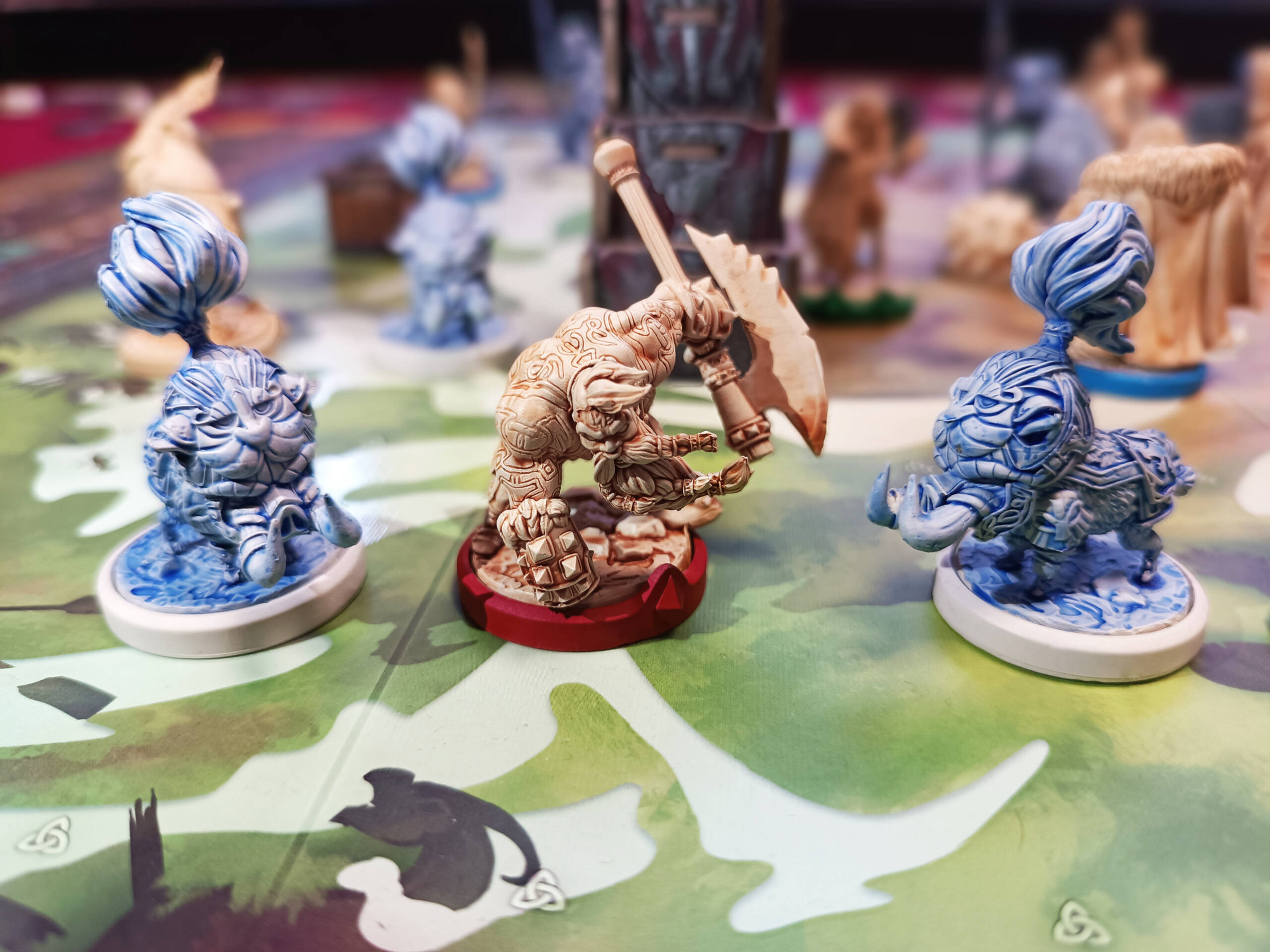 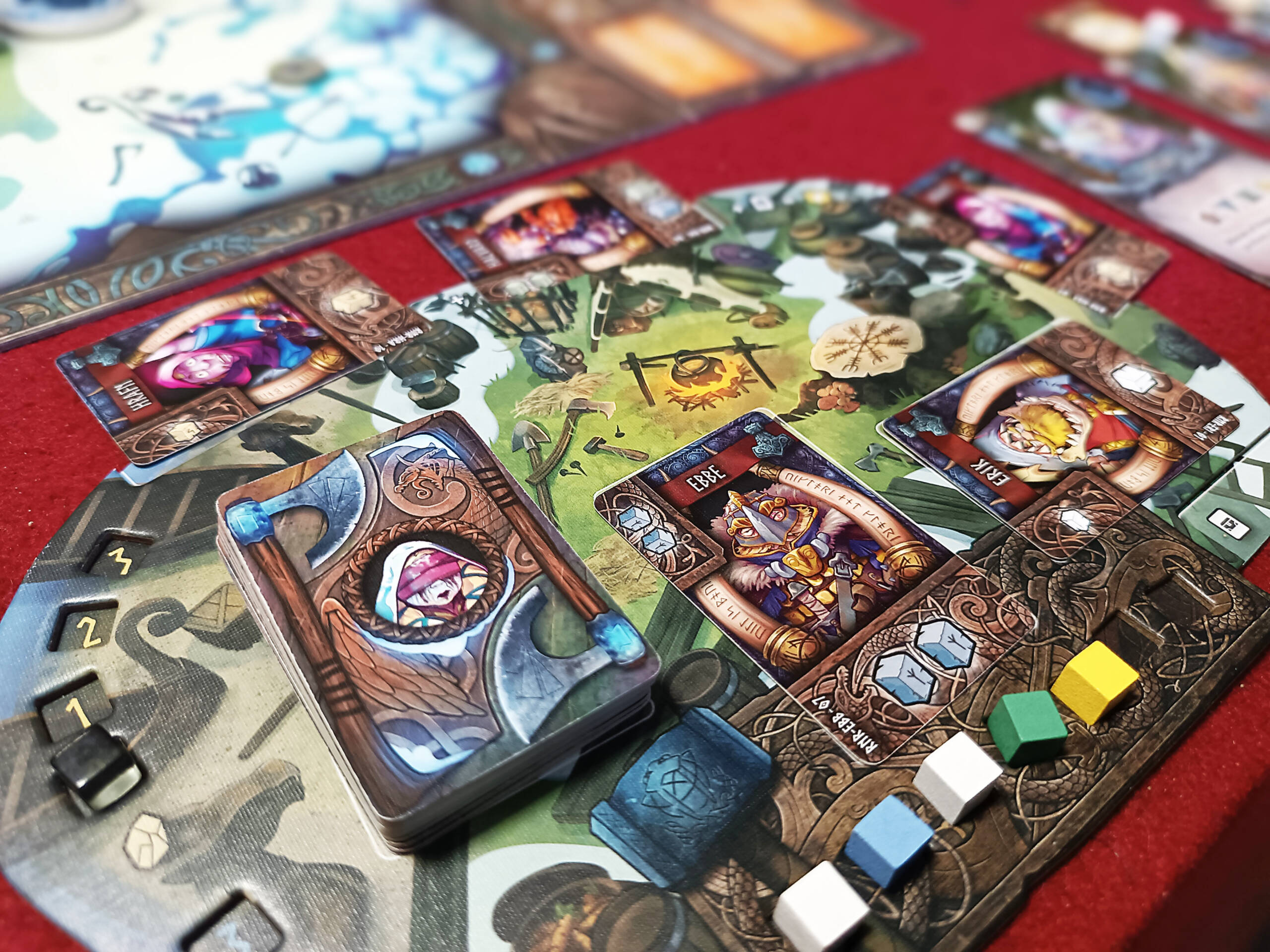 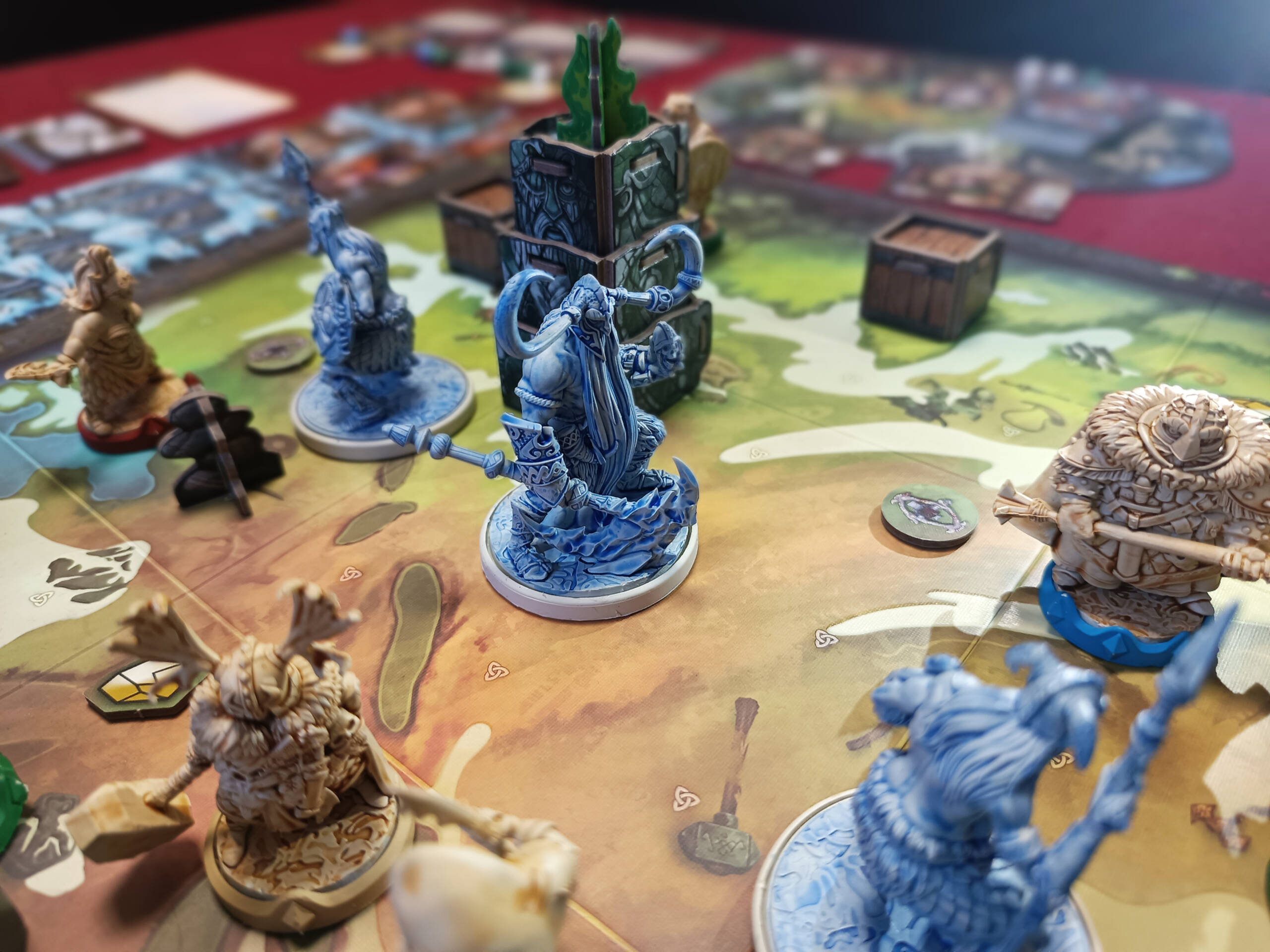 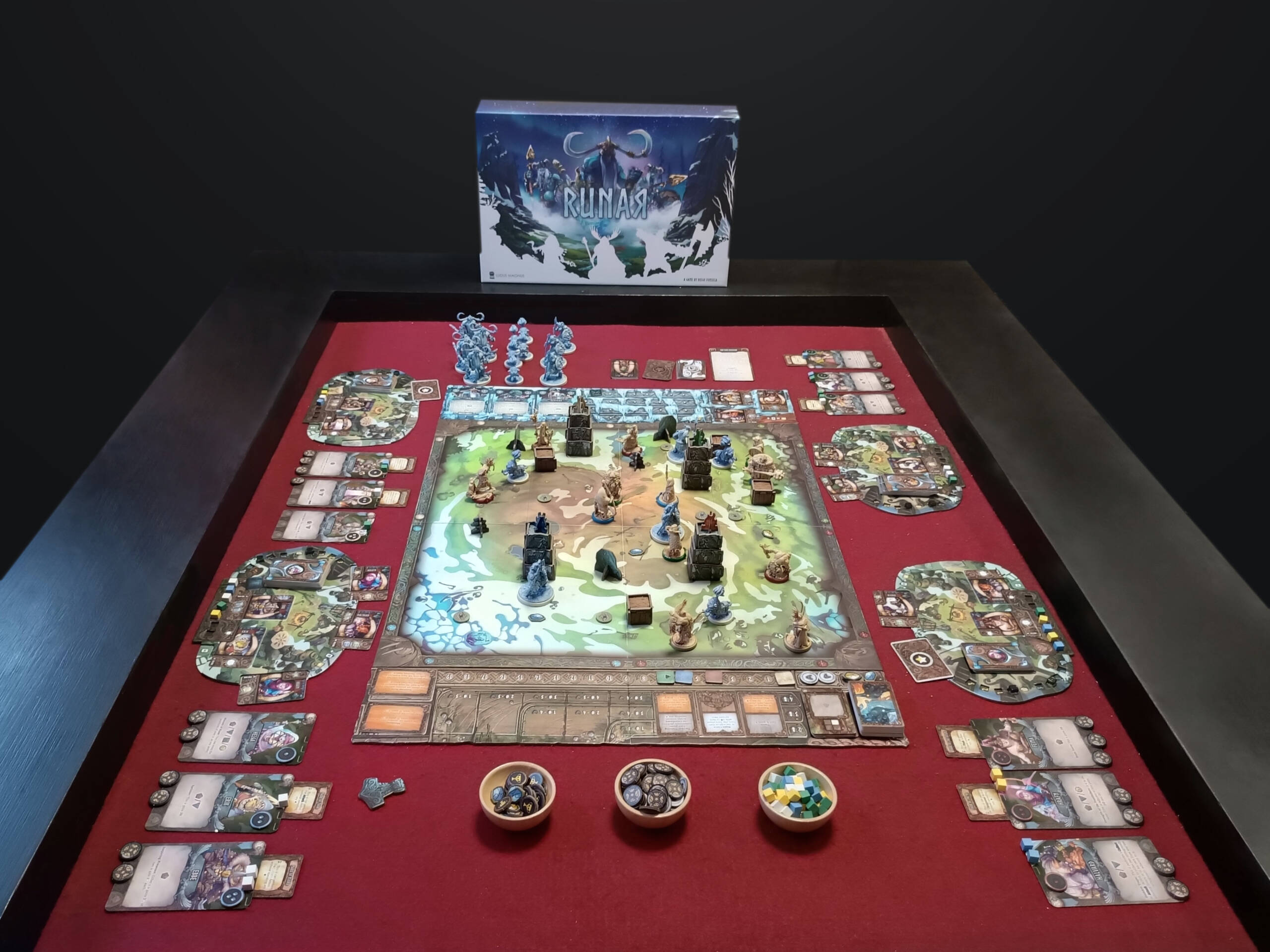 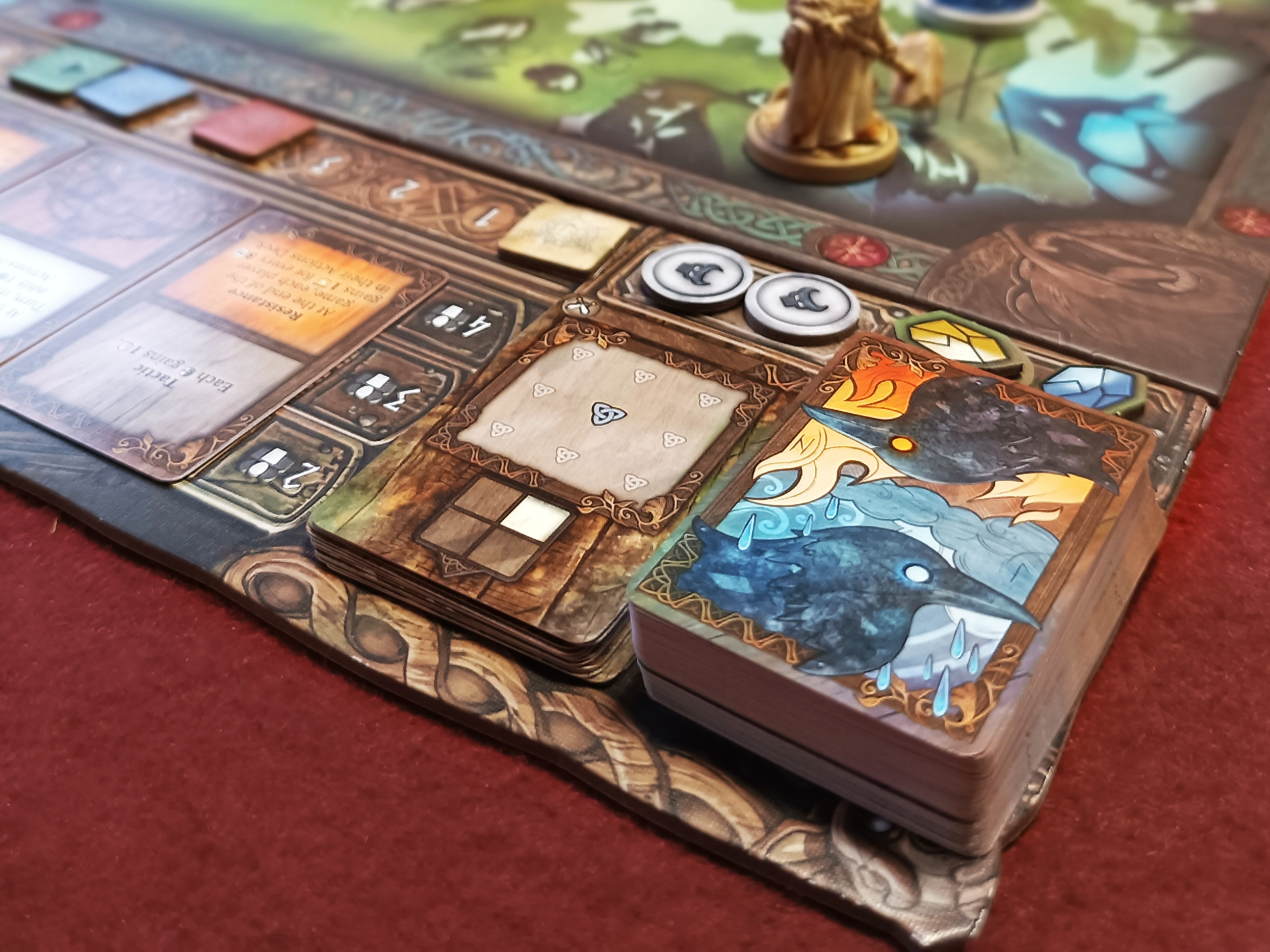 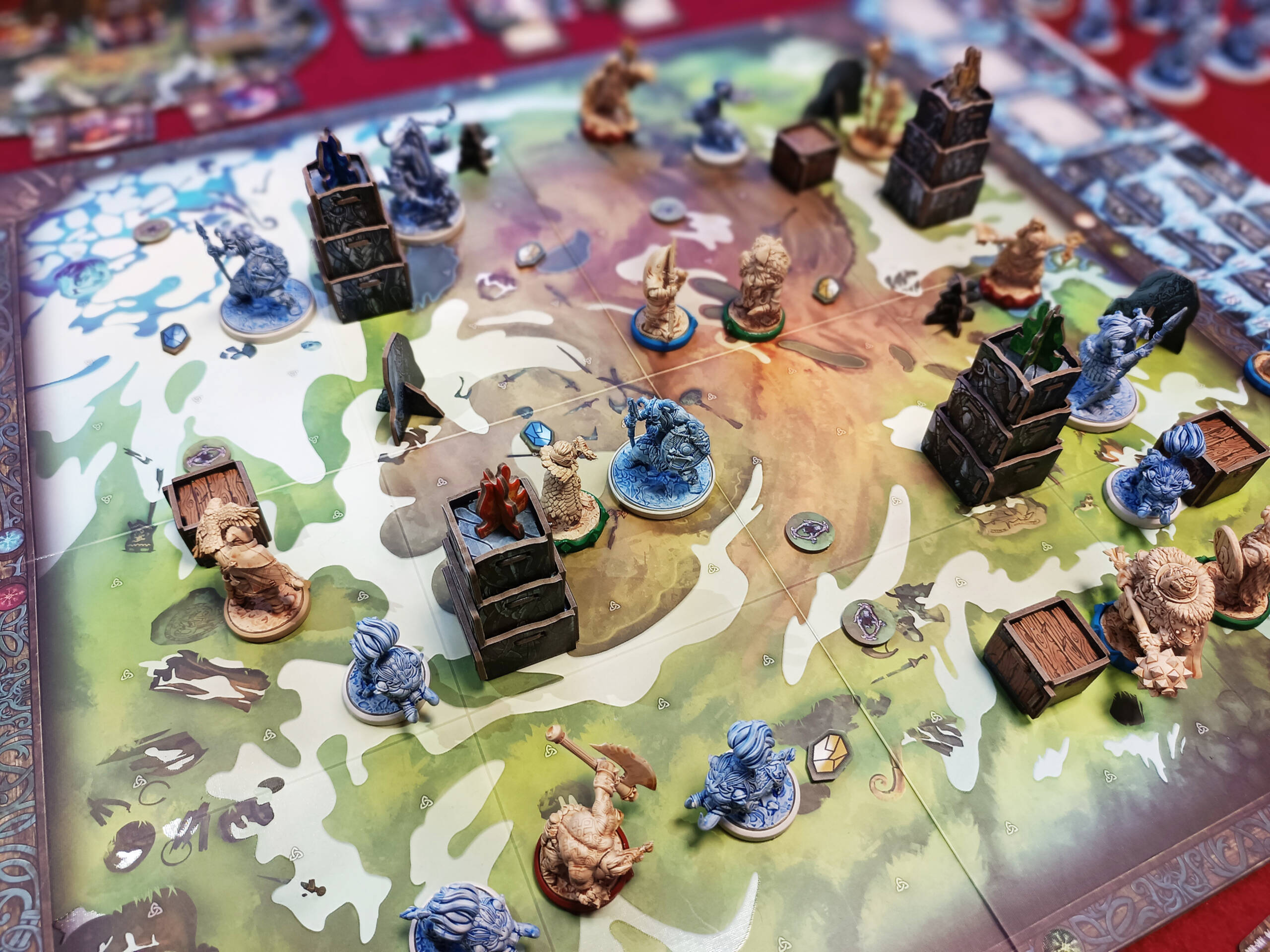 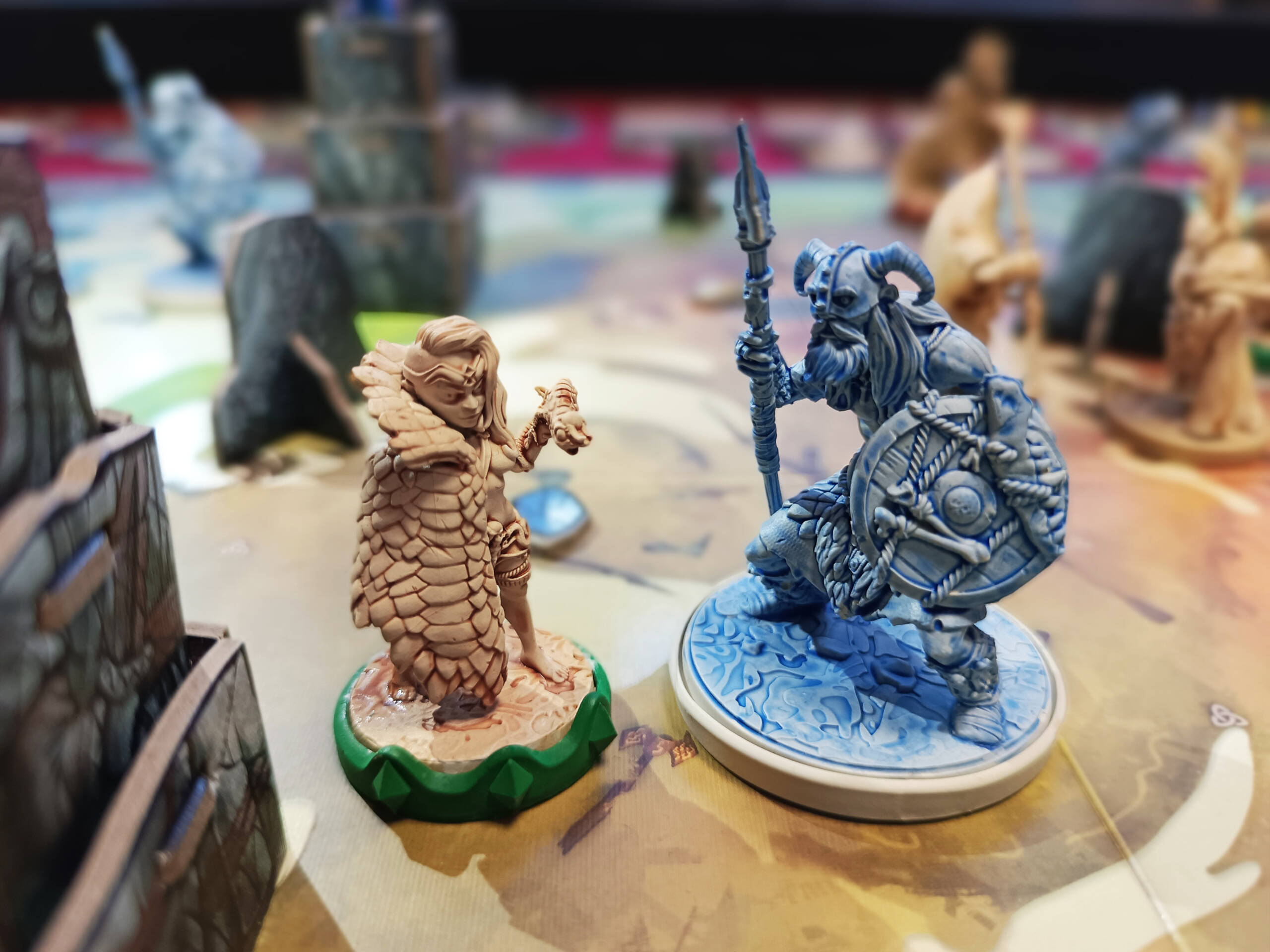 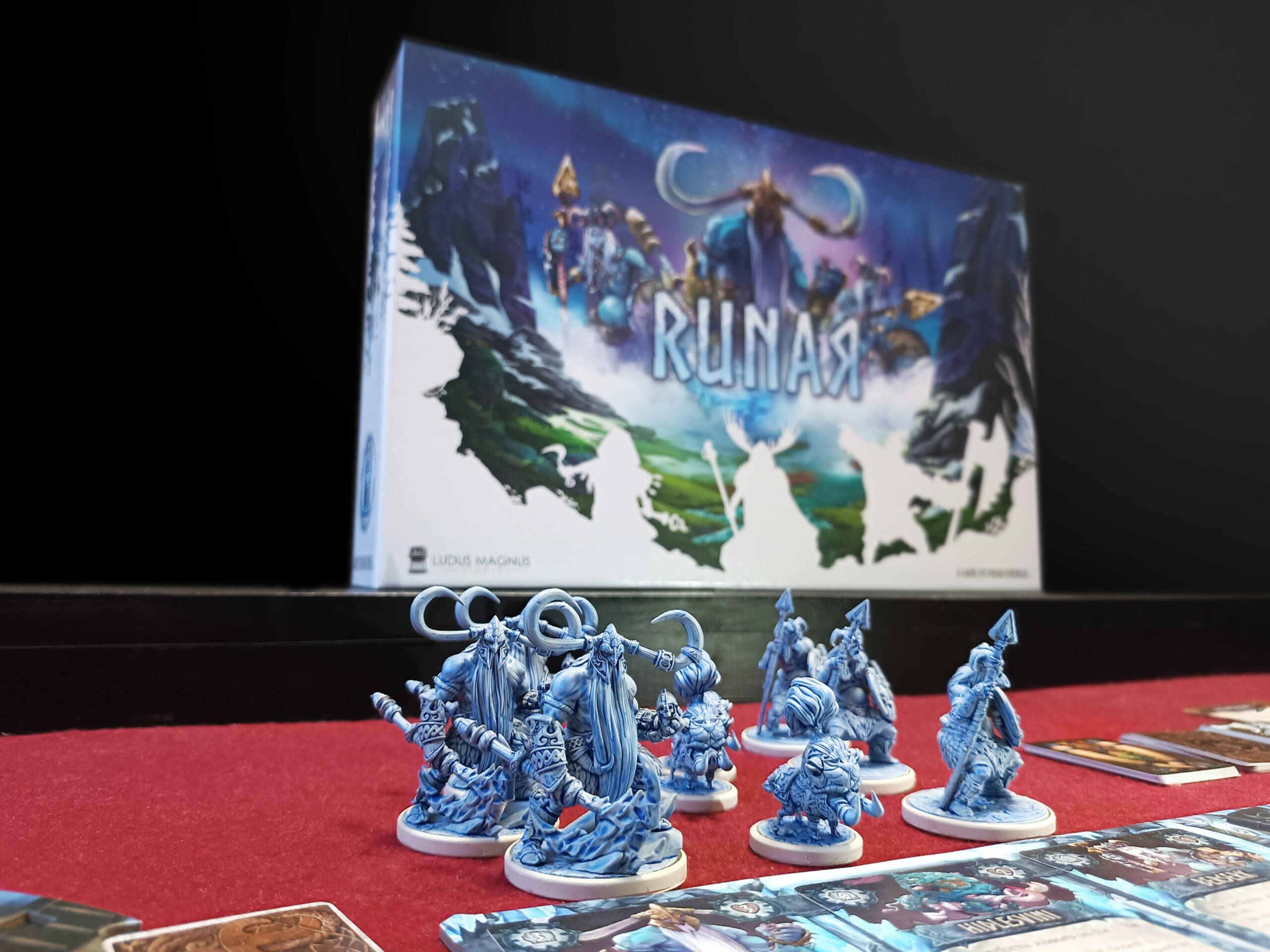 Runar is a competitive board game for 1-4 players. Each player leads a group of three Viking Heroes who must survive the icy northern lands – populated by strange and dangerous creatures – while attempting to recover mythical Runic Gems and precious divine objects.
Opposing Heroes will stand in your way as your Vikings try to prove their worth to the Asgardian Gods, hoping to be chosen to fight alongside them in the final battle.
A Runar campaign unfolds over five games in which players will face gradually more complex, and always different, scenarios.
Each player will use their Actions Deck, made up of the cards of each of their three Heroes, to activate the Vikings under their control, influence the course of the game, and unleash their powerful Skills and Talents.
By taking advantage of the Tactics at their disposal, each player can best deploy their forces and manipulate their Actions Deck to best predict and respond to their opponents’ actions.
At the end of each game, the Heroes will evolve and gain upgrades in the form of powerful magical items and divine artifacts. By the time the last game is reached, each player must have prepared their Vikings to the best of their ability to prove that they are leading the most valiant group of Heroes.